Introducing Dexter: the cutest balancing robot ever made. 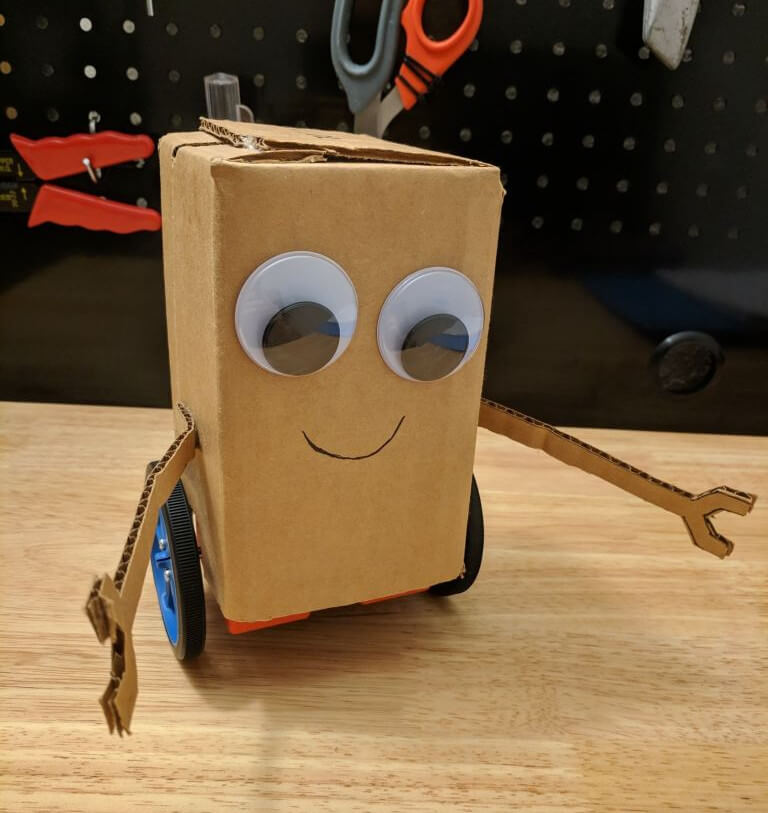 Dexter is a two-wheeled balancing robot controlled by an Android App. I originally created Dexter as a modified version of the wifi-rover project that I made a few years ago, but this time I was looking for a bigger challenge.

The Teensy LC was a good fit for this project because it has 3 hardware serial lines and multiple timers. Dexter uses serial to communicate with the HC-05, and the stepper drivers each require a 16 bit timer to work.

I don’t know the exact model number of the motors I used, but they look pretty standard.

I also added some iron weight on top for added stability.

The MPU-6050 IMU includes a gyroscope and accelerometer, and I combined the measured angle from the accelerometer with the rate from the gyro using a basic filter. A more advanced Kalman filter would be more accurate, but IMU accuracy was not a limiting factor.

The rate from the gyroscope reacts quickly to changes in pitch, and the small correction from the accelerometer prevents drifting over time. The accelerometer is very sensitive to quick movements, so it can’t be used by itself.

IMU code was taken from the Arduino example (link)

The Teensy controls the A4988 motor drivers by sending pulses; each time the Teensy sends a pulse, the driver takes one step. To send pulses, I used the TimerOne and TimerThree libraries. These libraries trigger a callback funciton at a specified frequency, and in the callback function I send a pulse by toggling the trigger pin on and off.

Both motors were operated in 1/8 microstepping mode for smoother motion.

To tune Dexter, I added a basic Twiddle function. If Dexter receives the letter “t” over bluetooth, he will drive forward for a few seconds, stop, drive back, and report the total error during the trip. All of the PID constants can be changed over bluetooth and optimized to reduce the twiddle error.

The included Android app steers Dexter by reading the accelerometer. In order to tune the PID constants, I used a bluetooth terminal app (Play Store Link)

Assembling the MIT Racecar and adding some modifications of my own

This robot uses ROS to drive around and stream video.